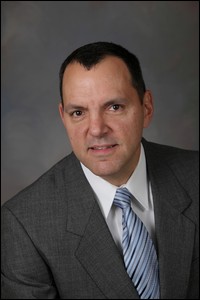 Although not actively practicing since 2011, John Mininno is an accomplished trial attorney, admitted to the New Jersey and Pennsylvania Bars, with more than 19 years of litigation experience in both civil and criminal cases, representing injured persons and their families in serious personal injury, medical malpractice, and wrongful death claims against insurance companies, negligent medical professionals, defective product manufacturers, and other corporate wrongdoers. Mr. Mininno graduated from West Chester University with his Bachelor’s Degree in Liberal Studies and attended law school at Rutgers University in Camden, NJ. He graduated from Rutgers Law, with Honors, in 1993. In 2012, Mr. Mininno was admitted into West Chester University’s Athletic Hall of Fame for his unmatched achievements as starting linebacker and team captain for the West Chester Golden Rams.

In 2003, Mr. Mininno was lead counsel in an electrocution case that resulted in a jury verdict of $7.2 million dollars – at the time, one of the highest verdicts in Camden County, NJ. Immediately following that verdict, Mr. Mininno was accepted for admission to the American Trial Lawyers Association “Ultimate Trial Advocacy Course: The Art of Persuasion,” conducted at the Harvard Law School in Cambridge, Massachusetts. Mr. Mininno was accepted twice into this prestigious program.

Mr. Mininno was born in South Jersey and lived as young child in the Fairview section of Camden in Camden County, New Jersey. His family later moved to Middlesex County in central New Jersey where he attended grade school and high school.