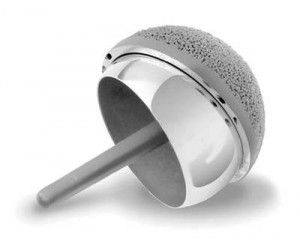 Complaints about failed hip replacement devices have continued to indicate that patients are experiencing serious problems with certain types of artificial hips. In the past two years, the Food and Drug Administration has received more than thousands of reports about popular devices known as metal-on-metal hips, including the A.S.R. or Articular Surface Replacement manufactured by the DePuy division of Johnson & Johnson, the Zimmer Durom Cup, and implants made by Stryker Orthopedics. Smith & Nephew now joins this list with their latest recall.

In many cases, the all-metal devices were sold without testing in patients or without a requirement that producers track their performance. However, complaints from patients indicate many of them had the all-metal hip devices removed because they failed after only a few years. Typically, replacement hips last 15 years or more.

Metal-on-metal hip replacements can cause devastating injuries as many patients have suffered injuries as a result of tiny particles of cobalt and chromium that the metal devices shed as they wear. Common injuries are damaged muscles and other soft tissue, severe inflammation or the need for additional surgery, also called a revision.