Nursing homes have the challenging responsibility of caring for a group of people that often have physical and mental disabilities. The elderly require an immense amount of caution and there are so many things that can go wrong that the facility and their staff need to be on top of everything. As nursing home neglect lawyers, we know that one of the most common causes for injuries in nursing homes is falls, but they can also be easily prevented. 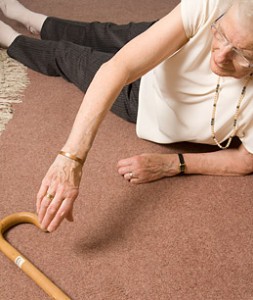 According to a wrongful death lawsuit filed by Diane Hallman, her mother’s death was the result of neglect by the Regent Care Center where the elderly woman was living. Rachel Mohr, 78, was found on March 4 yelling for help on the floor next to her bed. The lawsuit says that Mohr was put back in bed after she suffered head trauma and bleeding. “She was neurologically alert, coherent and in severe pain. She was placed back in bed and was later discovered nonresponsive,” the lawsuit claims. She was taken to the hospital where she died from the severe and fatal neurological injuries she suffered during the fall.

Hallman is claiming that the facility was negligent because they knew that Mohr was a high fall risk and did not follow the care plan according to a physician’s orders. Her bed was not in a low position, there were no floor mats next to her bed, she did not have a bed alarm, and the nurses were not given details of her care plan.

Mohr’s relatives have tried ten times to get copies of her medical chart from the nursing home, but the facility will not provide them with a copy. The lawsuit says, “Defendants refused to produce the chart on the basis that its lawyer had the chart and further refused to provide the lawyer’s identity and contact information.”

If your loved one is a high risk for falls and their nursing home is not making the proper precautions, you have witnessed them being abused, or you fear that the care they are receiving may be considered negligent or abusive, you probably have a lot of questions and concerns. Contact the Mininno Law Office for a free case evaluation. You may also call for a free consultation at (856) 833-0600 in New Jersey, or (215) 567-2380 in Philadelphia.

One thought on “Nursing Home Neglect Lawyers: Fall is Fatal Due to Untreated Injuries”