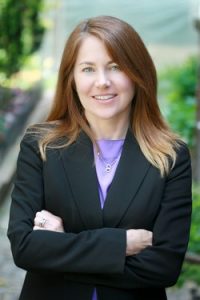 Irene McLafferty is an experienced litigator with over 17 years of trial experience. She specializes in the areas of medical malpractice, products liability, motor vehicle negligence and premises liability.

Ms. McLafferty graduated from the College of the Holy Cross in 1987 and received a law degree from Villanova University School of Law in 1990. From her earliest days as a lawyer, Philadelphia and New Jersey Medical Malpractice Attorney Irene McLafferty has been in the courtroom, first as a law clerk to the Honorable G. Craig Lord in the Philadelphia Court of Common Pleas (1990-1991), and subsequently as an Assistant District Attorney in Montgomery County, Pennsylvania (1991-1995). While in the District Attorney’s Office, Ms. McLafferty was appointed to head the Juvenile Division of the District Attorney’s Office and then served as the chief of the Sex Crime Division where she was honored with an award for trial excellence.

Since leaving the District Attorney’s Office, Ms. McLafferty has expanded her expertise and skills as a litigator. She has handled a variety of both general and tort litigation cases with a concentration for the past decade on catastrophic injury cases. She has successfully tried, arbitrated and mediated numerous complex medical malpractice and other personal injury cases throughout the State of New Jersey and the Commonwealth of Pennsylvania resulting in substantial awards to her clients.