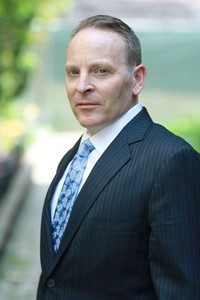 The founding partner of Messa & Associates, P.C., Joseph L. Messa, Jr. was born and raised in Philadelphia, Pennsylvania. A noted presenter in the legal and medical fields, as well as on local and national news broadcasts, New Jersey medical malpractice attorney Joe Messa has built a firm that shares his concentration in medical malpractice, products liability, fire, and construction/work injury matters, including a $12.25 million verdict, which at the time was the largest verdict in the history of Camden County, New Jersey; an $8 million verdict in Philadelphia, Pennsylvania; the largest verdict in the history of Green County, Wisconsin; and the largest medical malpractice verdict in Adams County, Pennsylvania. He began his legal education as an honors graduate of Tulane University in1984, and went on to graduate cum laude from Temple University School of Law in 1988, where he was honored with the Horace Stern Award for Excellence in Products Liability and the American Jurisprudence Award for Products Liability.

Mr. Messa serves as a judge pro tem, evaluating complex injury cases for the Philadelphia Court of Common Pleas. He has also served as a court-appointed committee member in the Bone Screw Products Liability Litigation / MDL-1014, In Re: Diet Drugs / MDL-1204, and the Bridgestone Firestone Tire Litigation / MDL-1373. Mr. Messa is the author of several published articles in the field, particularly in the areas of managed care liability, hospital-acquired infections, expert witnesses and jury selection.

Mr. Messa is an AV-rated attorney (highest rating available), listed in the Bar Register of Preeminent Lawyers. He is a member of the Million Dollar Advocates Forum and an invited member of the Verdict Club, Premier Trial Lawyers and named a Top 100 Trial Lawyer by The National Trial Lawyers. He has been recognized as a Pennsylvania Super Lawyer in 2009, 2010 and 2011 in his primary areas of practice, medical malpractice and products liability, awarded to only the top five percent of attorneys in the state. Mr. Messa has successfully litigated multiple serious injury cases to seven- and eight-figure verdicts and settlements, in medical malpractice, products liability, fire, and construction/work injury matters, including a $12.25 million verdict, which at the time was the largest verdict in the history of Camden County, New Jersey; an $8 million verdict in Philadelphia, Pennsylvania; the largest verdict in the history of Green County, Wisconsin; and the largest medical malpractice verdict in Adams County, Pennsylvania.

Mr. Messa has represented clients from around the country and received significant awards and settlements in other states, including Delaware, Maryland, Florida, Iowa, Illinois, Virginia, North Carolina, South Carolina, Tennessee, and Kansas, and has the largest jury verdict in the history of Green County, Wisconsin. Mr. Messa has also secured settlements for his clients in orthopedic bone screw litigation totaling over $120 million; in diet drug litigation totaling over $20 million; and in individual cases, including $35 million in a single vehicle commercial truck product liability case for a man who was paralyzed, $10 million in a spine surgery malpractice case, $8.5 million in a post delivery injury resulting in death due to defendants’ negligent treatment of postpartum hemorrhage, $6.9 million in a trucking accident brain injury case, $6.5 million in a vascular surgery case, $5.75 million in a case involving the death of a 2-year-old at a daycare center playground, $5.5 million in a trucking accident brain injury case, $5 million in an emergency room malpractice case resulting in paralysis, $10.25 million, $3.7 million and $2.9 million recoveries in defective smoke detector, fire and burn cases, $2.75 million in a motorcycle accident case and $2.5 million in a tractor-trailer accident case, among many others. He has participated in nationwide products liability and catastrophe litigation, including the CSX train crash in Florence, South Carolina.

Mr. Messa was born and raised in the Germantown section of the city and got an early lesson in the virtues of hard work by working with his father on weekends with different construction projects. He attended Chestnut Hill Academy and worked his way through college and law school with a house painting business he founded. Besides the law practice, which takes up a significant amount of his time, he enjoys boating, waterskiing, scuba diving, working out and cheering on all of our Philadelphia sports teams.