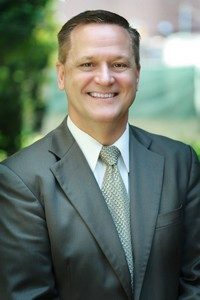 Richard J. (Rich) Heleniak concentrates his practice in complex personal injury cases including medical malpractice; products liability; professional malpractice including engineering, architectural and legal; construction workplace injuries; and employment discrimination. A Philadelphia native, Mr. Heleniak is a 1977 graduate of St. Joseph’s College and received his law degree with honors from Rutgers University School of Law, Camden, in 1980. He is admitted to practice before the courts in the Commonwealth of Pennsylvania and the State of New Jersey, as well as the United States District Court for the Eastern District of Pennsylvania, United States District Court for the District of New Jersey, and the United States Court of Appeals, Third Circuit.

Mr. Heleniak has been recognized by his peers as a top attorney in his field, with an AV rating by Martindale-Hubbell (highest rating available), and his 2006, 2007, 2008, 2009 and 2011 designation as a Pennsylvania Super Lawyer. His success on behalf of his clients has also been recognized as a member of the Million Dollar Advocates Forum, which admits only those attorneys who have achieved verdicts and settlements in excess of one million dollars ($1,000,000). He is also a trained and experienced mediator and arbitrator, particularly in the areas of medical legal matters and employment law, and is regularly selected as a neutral arbitrator in insurance arbitrations.

Mr. Heleniak is a Board Certified Civil Trial Specialist by the National Board of Trial Attorneys. As a successful trial lawyer, Mr. Heleniak has received significant awards and settlements for his clients including many that are well over one million dollars. His most noteworthy settlements include a confidential, multi-million dollar award for a truck driver who sustained severe electrical burns when his dump trailer came in contact with uninsulated electric utility lines, and a confidential seven-figure medical malpractice settlement for a child injured at birth due to the failure to timely diagnose and treat placental abruption, as well as a multi-million dollar settlement against highway construction companies whose negligent management of a road construction site caused an accident in which the client sustained a catastrophic head injury which resulted in cortical blindness. Mr. Heleniak’s career also includes a $1.3 million jury verdict in a medical malpractice action for injuries caused by negligent gynecological surgery.