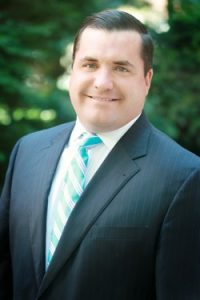 New Jersey personal injury attorney Tom Sweeney concentrates his practice in complex personal injury cases including medical malpractice, premises liability, toxic tort, products liability, and other catastrophic injury cases. He has practiced before trial and appellate judges in both state and federal courts, and has represented clients before the American Arbitration Association.

One of his most notable verdicts came in February 2008, when Mr. Sweeney served as co-trial counsel on a case that resulted in an $85 million jury verdict against Trigen-Philadelphia Energy Corporation on behalf of a University of Pennsylvania medical student who fractured his back after falling through an open manhole in Center City Philadelphia. The verdict is the largest premises liability verdict in Pennsylvania history.

Mr. Sweeney was instrumental in securing a confidential, multi-million dollar settlement in a toxic tort case and a seven-figure settlement in a catastrophic automobile accident case in Luzerne County, Pennsylvania.