Robert Messina, a sixty three year old New York man, was awarded $5.4 million in damages after he developed severe bedsores which went untreated. Bed sore attorneys believe that this amount of damages is not uncommon because the injury caused by severe pressure ulcers can be very serious and even life threatening. The injury occurred at Staten Island University Hospital (SIUH), and Messina is now unable to walk after the bed sores led to a significant hip infection. Bed sores can be very dangerous when they are not properly treated and it is essential to monitor patients who have limited mobility because of the lack of blood flow and increased pressure on certain body parts.

Bed Sores are a Preventable Condition that Present Large Dangers 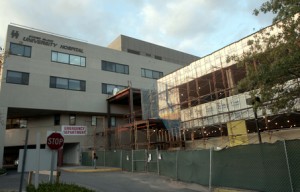 A brain dysfunction caused Messina to collapse and landed him in and out of hospitals and rehabilitation centers beginning in late August of 2006. Several days after his admission into the hospital, he was diagnosed with bedsores. He began to develop the bedsores at SIUH and Golden Gate Rehabilitation and Health Care Center. Professionals say that Messina’s bed sores worsened until ulcers were developed on his mouth, buttocks, ankles, and genitals. Many of these bed sores had healed by the time he entered Golden Gate Rehabilitation Center. Various health problems sent Messina back and forth between the hospital and the rehab center over the next year. He can no longer walk due to a dislocated hip and he is unable to receive a replacement because of the infection which was caused by the bedsores. The New York Supreme Court jury assigned to this case found SIUH 75% responsible for the developments and complications of the bedsores. Bed sore attorneys say that this means that the hospital is liable for $4 million of the total awarded to Messina.

If your loved one has recently suffered from a bed sore, you may have questions regarding your legal rights. In cases where you suspect that neglect or mistreatment played a factor in the development of the bed sore, contact the Mininno Law Office for a free case evaluation. You may also call for a free consultation in New Jersey at (856) 833-0600, or in Philadelphia at (215) 567-2380.