Topamax, the widely popular migraine and epilepsy medication, has raised eyebrows due to its connection with birth defects. Recent studies have shown that Topamax, when used by women during pregnancy, may lead to defects in new born children such as cleft lip or cleft palate. It is important for pregnant women to acknowledge these possible dangers and understand the risk to their babies.

What is a Cleft Lip and What Causes It? 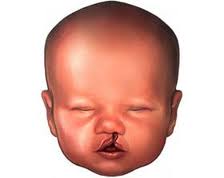 Cleft lip occurs when the developing tissue of the nose and upper jaw does not fuse normally resulting in a split in the lip. Cleft lip is treatable and generally does not cause health problems although in some more severe cases, children have difficulty feeding. The defect usually occurs on only one side of the upper lip, and very rarely in the lower lip. Cleft lip is visible at birth and beyond the noticeable physical appearance, there are usually no other symptoms.

The recent action by the Food and Drug Administration warns that Topamax could lead to an increased percentage of newly born children with cleft lip. Aside from Topamax, there are other genetic and environmental factors that could lead to an increased risk. People who were born with a cleft lip or cleft palate are more likely to have children with similar defects. Pregnant mothers can also put their unborn children in a significantly higher line of risk if they have been exposed to radiation or infections, used some illegal drugs, smoked during pregnancy, or drank alcohol.

If you were recently pregnant and your child was born with a birth defect, such as a cleft lip or cleft palate, it is likely that you have some questions. Please contact the Mininno Law Office with questions regarding these birth defects, or call for a free consultation at (856) 833-0600 in New Jersey, or (215) 567-2380 in Philadelphia.