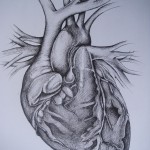 Seventy-two year old Christine Williams went in to Naval Hospital Jacksonville to have a mass removed from one of her kidneys. The procedure was expected to keep Ms. Williams in the hospital for three days and then allow her to resume normal activities. Those three days turned into four months. Ms. Williams then contacted medical malpractice attorneys to file a lawsuit against the hospital for a surgical error that lead to the need for additional surgery, diminished feeling in extremities, and loss of the ability to walk.

Two days after the initial kidney procedure, a CT scan was ordered by physicians which revealed a problem with her aorta. The radiologist conducting the CT scan notified the surgeon that Ms. Williams appeared to have a dissection of the aorta, a condition that called for a follow-up CT of the aorta itself. The woman’s medical malpractice attorneys said that a second CT scan did not occur for several days because it was Memorial Day weekend. When the second CT was finally done, it did show that a vascular surgeon was needed and Williams was transferred to the Mayo Clinic for emergency surgery. This additional procedure revealed that Williams’ aorta was accidentally stapled during the initial surgery.

“we have a surgical error that took place that was not recognized. Once it was recognized by the attending radiologist, it was not acted upon. Ms. Williams is experiencing a medical emergency. She’s unable to walk. She didn’t have pulses in her legs and people are going home and going on vacation.”

Williams has become dependent on her family and she now has to do physical therapy to try and regain some of the strength she had before surgery. Williams is taking very small steps towards recovery but she is thankful to be alive. Medical malpractice attorneys believe these types of negligence cases happen more often than most people would expect and they can cause great damage to a patient and their family.

If you believe that you are suffering the effects of medical malpractice or negligence, you do have legal rights. Please contact the Mininno Law Office for a free case evaluation or call for a free consultation at (856) 833-0600 in New Jersey, or (215) 567-2380 in Philadelphia.