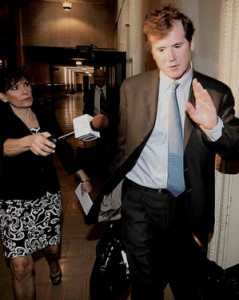 Dr. Richard Glunk recently lost his appeal of a $20.5 million dollar medical malpractice verdict awarded to the family of his patient, 18 year old Amy Fledderman, who died in 2001 from complications during a liposuction procedure. In addition to losing his appeal, Dr. Glunk temporarily lost his license to practice medicine, and was ordered to pay a $5,000 civil penalty and take classes in ethics or professionalism.

Amy Fledderman was not Glunk’s only patient to suffer from complications during liposuction. Two additional patients were hospitalized after a procedure, with whom Dr. Glunk settled out of court. Glunk punctured the bowel of one of those patients, and nearly killed another just days before Amy Fledderman’s procedure. It is also speculated that Dr. Glunk was using “donations” to bribe medical board hearing examiner, Rabbi Solomon Isaacson. Glunk vehemently denied using money to bribe Rabbi Isaacson, and mentioned a “decent chance” that his license would not be revoked.

The Fledderman’s were awarded $15 million in punitive damages from a Philadelphia jury in 2008. Without a medical malpractice attorney, the Fledderman’s would not have been able to obtain such an award, and Dr. Glunk would have gotten away with carrying on a negligent and dangerous medical practice. Often, punitive damages are the only way to effectively punish a negligent medical provider. If Dr. Glunk was simply able to settle out of court a third time, he would have suffered no consequences of his actions, and would have been able to continue practicing negligent medicine.

If you or a loved one have suffered due to medical malpractice, you’ll need the help of a medical malpractice attorney. An attorney will be able to review your medical records and decide exactly what your case is worth, and proceed in fighting for your full and fair compensation. Contact the Mininno Law Office for a free case evaluation, or call for a free consultation at (856) 833-0600 in New Jersey, or (215) 567-2380 in Philadelphia.