Though it may seem that medical malpractice is somewhat of a new and current concern, Johns Hopkins University researchers have stumbled upon some information that screams otherwise. 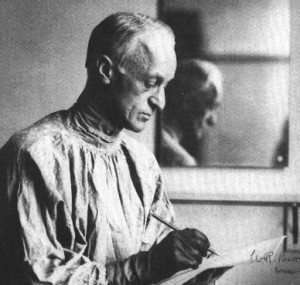 Medical students at the University researched and reviewed notes written by American neurosurgeon Harvey Cushing. Cushing is considered the “father of modern neurosurgery” and a pioneer of the brain surgery that we know of today. He developed many of the techniques that neurosurgeons still use, dramatically increasing patient survival rates after such invasive and dangerous procedures on the brain.

Katherine Latimer, principle author of the insightful review, stated that, “Acknowledging medical errors is evidently something that doctors identified early on as critical to advancement a very long time ago.” Through the very difficult task of deciphering Cushing’s handwriting and abbreviations, Latimer and her colleagues found 30 cases of medical malpractice, all of which could be attributed to either human error, equipment or tool oversights, or judgement errors on the part of physicians. Cushing describes operating on the wrong side of a patient’s brian, dropping instruments into surgical wounds, and not having enough wax during a procedure to seal blood vessels (an old technique no longer utilized).

Cushing’s ability to identify his own shortcomings played a huge part in the strides he made in neurosurgery before his retirement in 1937. His open documentation of medical errors was vital to identifying problems and then developing solutions to avoid them in the future. Latimer and her fellow authors agreed with Cushing’s methods of malpractice documentation:

“People are human and will make medical mistakes, but being vigilant about your own shortcomings is critical to improving. To keep medical innovation flowing, we need to strive to maintain this same vigilance today.”

Many doctors today will deny their negligence, rather than admit to it and face it head on. Patients feel wronged when their medical providers lie to them about their procedures instead of being honest about what actually happened while they were under anesthesia.

If you are the victim of medical malpractice, contact the Mininno Law Office for a free case evaluation, or call for a free consultation at (856) 833-0600 in New Jersey, or (215) 567-2380 in Philadelphia. You are entitled compensation for pain and suffering, as well as any economic losses associated with the medical errors.