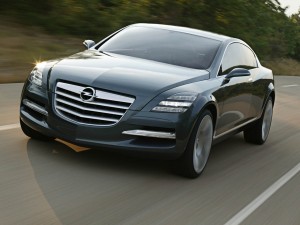 In light of the recent Toyota automobile recalls, a new legislation proposal released Thursday by The Energy and Commerce Committee is focusing on auto safety. Committee chairman Henry Waxman (D-Calif) released the draft, which could ultimately form the basis of legislation that will strengthen vehicle safety and the National Highway Traffic Safety Administration.
The New Jersey and Philadelphia trial lawyer strongly support this legislation. Fortunately, Lawmakers vowed to address auto safety after Toyota recalled over 8 million vehicles for varying reasons, including accelerating, braking, and power steering.

What Changes Will be Made?

The proposed legislation includes a few drastic changes to auto safety laws currently in place. Perhaps the biggest change would be the installation of Event Data Recorders in all new cars and trucks. Event Data Recorders are more commonly known as “black boxes,” and they make it easier to reconstruct events leading up to crashes. This black box data is another innovation that has been urged by New Jersey and Philadelphia trial lawyers.
Also included is the elimination of a cap on civil penalties that automakers face. Additionally, legislation would allow the NHTSA to immediately recall any automobile, upon finding “imminent hazard of death or serious injury.” The responsibility to recall currently falls on the shoulders of the automakers themselves, which is why it’s no surprise it took Toyota so long to officially make them.

The plan creates a $3 “vehicle user fee” to help fund the NHTSA, an entity that safety groups say is severely underfunded and ill-equipped to investigate serious safety issues. This group ensures that the existing engineering and technology that is available to automakers is actually used by automakers to make our cars safer. The fee would eventually increase to $9 in the programs third year. The plan intends to require a U.S. auto executive to verify information submitted to the NHTSA in response to an investigation. Any executive caught submitting false information could be fined as high as $250 million.
Finally, the new legislation aims to require new safety standards related to brake override systems, the prevention of pedals getting stuck in floor mats, and vehicle electronics. Waxman’s committee is expected to hold a hearing next week, and congress will consider the legislation later this year.

Have You Been Injured in a Car Accident?

Auto safety is a matter of grave importance, and legislation to help increase that safety is surely welcome. Unfortunately, no such legislation exist and car manufacturers do not have the incentive to make cars safer. As a result, everday people get unnecessarily hurt because of vehicle crashes due to defective vehicles. If you or a loved one has suffered injury or loss due to a defective vehicle or negligent driver, it is imperative that you seek legal advice. The team at Mininno Law Firm is here to help you.
Contact us to fill out a free case evaluation form, or call us for a free consultation: (856) 833-0600 in New Jersey or (215) 567-2380 in Philadelphia.