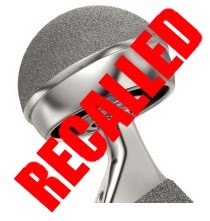 As we have posted previously, all hip recall lawyers will explain that a partial or total hip implant is not a cure for hip pain. However, what makes this Depuy hip recall so unusual is the extraordinarily high failure rate as compared to DePuy’s hip implant competitors. In fact, the medical research which lead to the hip recall has shown that between 12 and 13 percent of Depuy hip implant patients will require a hip replacement revision surgery within five years of receiving the replacement.

Since there were approximately 93,000 Depuy hip implants performed in the last five years, over 12,000 of these patients can expect to have a failure within five years. Unfortunately, there is no way for a Depuy hip implant patient to know whether or not they are one of the 12,000 who will have this five-year failure, or whether their hip implant will last longer.

If you or a loved one have received a defective hip implant manufactured by DePuy, you may fall into the group of people entitled to compensation from DePuy. If you are experiencing prolonged and excessive pain in your hip joint and you recently had hip replacement surgery, contact the Mininno Law Office for a free case evaluation. You may also call for a free consultation at (856) 833-0600 in New Jersey, or (215) 567-2380 in Philadelphia.

Our defective product attorneys can offer you the legal advice you’ll need to make the next step. Let the Mininno Law Office team earn you the compensation you need and deserve.