When you have a loved one in a nursing home you are relinquishing control to the facility staff. As nursing home abuse lawyers, our biggest piece of advice is that you communicate your loved one’s wishes to the staff as often as possible. Deciding to sign a DNR (do not resuscitate) is a very personal decision, and obviously something that requires much consideration.

Nursing Home Did Not Try to Revive Elderly Woman 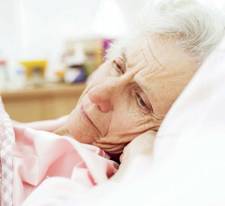 Casa Mora Rehabilitation and Extended Care has been fined and placed on conditional licensure status after it was found that staff committed a series of errors involving the death of a resident in December. According to Shelisha Coleman, the spokeswoman for Agency for Health Care Administration “Basically, a conditional status indicates that a facility did not meet, or correct upon follow-up, minimum standards at the time of an inspection.” The conditional status was lifted shortly after and “Their license is still in good standing” she said.

On December 4, a certified nursing assistant found a 58-year-old woman apparently not breathing with one leg hanging off the bed. The resident was suffering from cancer and depression and had just returned from a hospital visit. Staff “observed the resident with no vitals, not breathing.” No staff members initiated CPR or tried to revive the woman. According to her file she was “Full Code,” meaning that all necessary measures should be taken to resuscitate her should the need arise.  At Casa Mora, DNR patients wear a yellow wrist bracelet, but the woman was not wearing a bracelet. One of the nurses provided a statement saying she thought the woman was a “DNR” and “sometimes the facility staff take several days to put them on.”