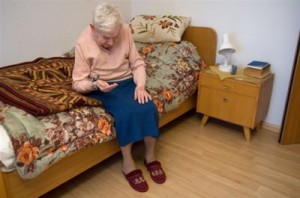 Nursing homes are often fined for various citations of nursing home neglect, but federal officials implemented a drastic punishment to a small Tulsa, Oklahoma nursing home by terminating their Medicare and Medicaid payments!

Woodland View Care and Rehabilitation Center, which cares for roughly 70 disabled and elderly patients, was cited with 40 violations during 12 inspections in the past year. Violations included failure to protect residents from abuse, failure to provide pain medications and other treatments as ordered by doctors, failure to sufficiently treat bedsores, failure to provide qualified staffing, failure to provide supervision to prevent accidents and six violations were due to incidents that placed residents’ lives in immediate danger. Inspectors also cited the home for the death of one patient, who had a fever for days before being found unresponsive in her bed. According to the report, Woodland’s employees were “rude” and “uncooperative” to paramedics who responded to the facility and were unable to find paperwork for the woman who had died.

The nursing home and Sun Healthcare Group are fighting these violations of nursing home neglect. They are claiming that officials unfairly judged them and applied inappropriate standards to the home. They also alleged in court that officials abused their power and a state inspector inserted documents into a resident’s file to support the case against the nursing home.

The Sun Healthcare Group’s website lists six nursing home facilities in Oklahoma. Oklahoma law prohibits the operators of nursing homes from opening more facilities within the state after a facility has lost federal funding. Sun Healthcare would therefore not be able to expand within Oklahoma beyond the six facilities presently open. The case is currently on appeal to the 10th U.S. Circuit Court, which has permitted months of delay in the loss of funds and allowed the nursing home to continue to collect $3.7 million in federal payments.