As nursing home neglect and abuse lawyers, we believe it is important to keep readers informed of any new revelations when it comes to care for the elderly. That is why this blog post centers around the results of a recent study, which show that nursing home residents’ fall risk increases when certain anti-depressants are prescribed. The elderly are in a vulnerable physical state and are often prescribed a high number of medications, all with different side effects. It is very important that the nursing homes monitor the medications that are being given to their residents, to make sure that they are safe combinations and that the drugs are appropriate for each patient. Many drugs may have the intended result for the patient, but the side effects may be too dangerous for that particular person. 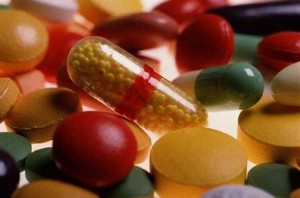 According to a study that was published online in the Journal of Gerontology: Medical Sciences by Dr. Sarah D. Berry, a scientist at the Institute for Aging Research of Hebrew SeniorLife in Boston, the elderly are at a greater risk of falling the days after they start taking non-SSRI (selective serotonin reuptake inhibitor) antidepressants, such as bupropion or venlafaxine. The researchers studied information on 1,181 nursing home residents who fell and compared the changes in their antidepressants shortly before the fall. They discovered that a patient’s risk of falling is five times higher two days after changing prescriptions or changing to a higher dose and that the risk falls each day after the medication change. According to Dr. Berry:

“Our results identify the days following a new prescription or increased dose of a non-SSRI antidepressant as a window of time associated with a particularly high risk of falling among nursing home residents…. These drugs are effective at treating the symptoms of depression, and many clinicians are reluctant to withhold their use based solely on a risk for falls…. Nursing home staff should keep a watchful eye on residents in the days following a non-SSRI antidepressant change to prevent falls and clinicians should avoid making changes on weekends or during times when unfamiliar staff is present.”

The study links the increased risk of falls to these possible causes:

Over one third of the large elderly population in this country currently living in nursing homes are taking some form of antidepressant. These medications can be very helpful to the residents’ quality of life and this study is showing a side effect of the medications. If the patient is already prone to falls or is in a very fragile condition where a fall could be fatal, the nursing home may want to consider an alternative medication option. But most importantly, these patients need to be monitored more closely for two days after changing prescriptions. They need to be given extra care to prevent falls.

If your loved one is currently a resident of a nursing home or care facility and you are worried that they are not receiving their medication, or that the care they are receiving is negligent, abusive, or inadequate, contact the Mininno Law Office for a free case evaluation. You may also call for a free consultation at (856) 833-0600 in New Jersey, or (215) 567-2380 in Philadelphia.