Dr. Kermit Gosnell, without question guilty of medical malpractice, has also been charged with 8 counts of murder associated with his illegal practice of abortions out of his office in West Philadelphia. 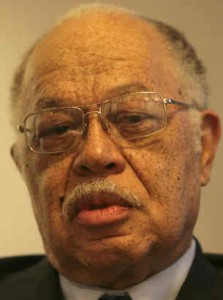 In Pennsylvania, late-term abortions, or abortions after 24 weeks, are illegal. However, Dr. Gosnell, with no certification in obstetrics or gynecology, was performing them out of his office. These late-term abortions often resulted in the birth of living fetuses. It is alleged that Dr. Gosnell and his staff would then kill these fetuses by “plunging scissors into their spinal cords.” (Weisenberg, Brin Wall Street Journal 1/20)

Women affected by Gosnell’s mindless and negligent practice of medicine have come forward with horror stories about their experiences. At 15 years old, Robyn Reid was forced to the clinic by her grandmother. She did not want to have an abortion and thought that when she saw the doctor, she could say as much and simply sneak away. When Robyn expressed her feelings, Gosnell allegedly told her he “[didn’t] have time for this,” tore away her clothes, smacked her, and forced her onto a stretcher.

Nicole Gauthier went to Dr. Gosnell for an abortion in 2001. Four days after her procedure, she was in excruciating pain and could hardly stand. Upon returning to the doctor to find out what was wrong, he told her he left fetal matter in her uterus, and proceeded to suction it out without any medication.

Davida Johnson changed her mind about getting an abortion while in the treatment room, but Gosnell’s staff ignored her pleas. They hit her, tied her down, and sedated her into unconsciousness. When she woke up, she wasn’t pregnant anymore. A few weeks later, she was diagnosed with a venerial disease that she believes she contracted at Gosnell’s office from the use of unsterilized equipment. She has since been unable to carry a baby full term, having four miscarriages since 2001.

Dr. Gosnell is the kind of medical provider we all fear. He acted out of pure, unadulterated greed, practicing only for personal gain as opposed to practicing for the well-being of his patients. And he broke a myriad of laws in the process. Lives have been forever changed because of his consciousless actions, and hopefully he will be punished accordingly.

If you or a loved one have suffered at the hands of a negligent or careless doctor, contact the Mininno Law Office for a free case evaluation. You are a victim medical negligence, and someone is responsible for your injuries. You may also call for a free consultation at (856) 833-0600 in New Jersey, or (215) 567-2380 in Philadelphia.

Let the Mininno Law Office team earn you the compensation you need and rightfully deserve.