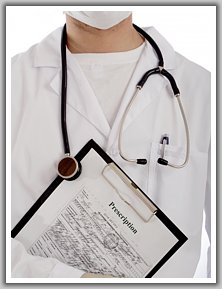 A key issue in the tort reform debate involves “defensive medicine.” Supporters of medical malpractice litigation reform claim that “defensive medicine,” usually in the form unnecessary and preemptive testing, is largely due to a widespread physician fear of lawsuits. They claim that these tests drive up the costs of health care, and that reducing a doctor’s chances of being sued would simultaneously reduce the occurrences of defensive medicine, and thus reduce the costs of health care. However, a recent study performed out of the University of Iowa and funded by the Robert Wood Johnson Foundation (the nation’s largest philanthropy devoted to public health) found that in states where tort reform legislation was passed, defensive medicine is still being practiced and doctors are still just as fearful of being sued.

Researchers achieved their results by ranking lawsuit risk on a state-by-state basis by the amount of claims actually paid by medical malpractice insurance companies. Research found that doctors who practiced in low-risk states (states that have passed their own tort reform legislation) had essentially the same amount of anxiety about being sued as doctors in high risk states (states that have not passed any type of malpractice reform). Defensive medicine is still being practiced, and therefore tort reform did not lower health care costs. The study stated:

“Overall, the study suggests that current tort reform efforts aimed at reducing malpractice risk would be relatively ineffective in alleviating physicians’ concern about lawsuits and therefore may not alter defensive medicine practices.”

What is alarming is that recent studies have shown that medical malpractice is not decreasing, despite defensive medicine and other efforts. A study of 10 North Carolina hospitals published in the New England Journal of Medicine (read our blog regarding this study) assessed 2,300 random patient files. Of those 2,300 patients, 39%endured some sort of medical error or patient harm. Seventeen errors resulted in permanent injury, and fourteen resulted in death.

It seems that more time and effort should be spent on correcting the horrid rate of medical errors, rather than saving HMO’s and negligent medical providers money. While tort reformists and insurance lobbyists push to limit liability and cap damages for injured patients, doctors and hospitals continue to harm patients at an unacceptable rate. It looks like priorities in this matter have been seriously skewed.