Birth defects can occur following the birth of any child but certain activities and medications may lead to an increased risk. Topamax, a popular drug used in the treatment of migraines and epilepsy, has been shown to increase the risk of birth defects when taken by mothers during pregnancy. When Topamax is used while a woman is pregnant, research has shown that cleft lip and cleft palate are an increasingly likely result, which has led the Food and Drug Administration to upgrade their warning level. 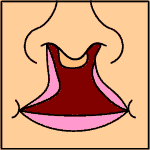 When a cleft does not affect the mouth’s palate structure it is referred to as cleft lip. Cleft lips can occur on one or both sides of the lip which are generally referred to as unilateral or bilateral clefts. The first category of cleft lip is known as an incomplete cleft. An incomplete, or partial, cleft lip occurs at the top of the lip. The cleft appears as a small gap or indentation that does not reach the nose.

If your child was recently born with a birth defect, such as cleft lip or cleft palate, and you believe that it may be attributed to your use of Topamax during pregnancy, it is possible that you have questions. Please contact the Mininno Law Office for a free case evaluation, or call for a free consultation at (856) 833-0600 in New Jersey, or (215) 567-2380 in Philadelphia.