Our parents spend a good portion of their lives taking care of us, so when they reach the age where they can no longer take care of themselves, we want to return the favor. Unfortunately, despite our best intentions, sometimes we are unable to take on the enormous responsibility of caring for the elderly. With all of the horror stories of elder abuse and neglect, many people think they can do a better job caring for their loved one than strangers could, but sometimes it becomes too much and they need to realize that they need help before it is too late. 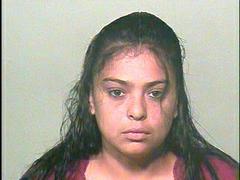 Carmella Saldana, of Oklahoma City, was arrested on June 6, 2011 on a felony abuse and neglect by a caretaker charge. Saldana’s mother, Deborah Gay Ramirez, suffered a stroke in 2006 that left the right side of her body paralyzed. In 2009 she suffered a mini-stroke that left her completely paralyzed and bedridden. According to Saldana’s sister Christa Ramirez, Saldana took a more active role in their mother’s care after her stroke. But after their mother died on August 7, 2010 at the age of 57, Christa is accusing her sister of elder abuse and wants her to pay for the way she treated their mother.

The house where Saldana lived with Deborah Ramirez was gravely unsanitary, having been infested with animal feces and roaches. Ramirez died of health complications and while no autopsy was performed, Christa believes that the bedsores that her mother developed while living with Saldana added to her failing health. A couple months before she died, a doctor found five bone-depth bedsores on her body. After finding the bedsores, a health care worker reported the elder abuse and living conditions in Saldana’s home to Adult Protective Services. According to court documents, hospice employees had set up appointments in the past to teach Saldana the proper way to care for her mother, but on one occasion Saldana refused to let them in the home. Investigators also found old, dried food in her feeding tube. On another occasion, an 18-year-old girl drinking wine coolers was found caring for Ramirez. According to Christa, Deborah developed an infection and was placed on a breathing machine while in the hospital, “She wasn’t clean and her wounds were infected,” Christa Ramirez said. “My mother was suffering.”

Many adult children have the best intentions when they decide to become the caregiver for their elderly loved ones, but some become overwhelmed and begin to abuse or neglect them. Caring for a disabled or elderly person all by yourself can be an incredible amount of work. This is something that you need to become aware of before making this commitment.

If your loved one is currently under the care of an individual or they are a resident of a nursing home or care facility and you are worried that the care they are receiving is negligent, abusive, or inadequate, contact the Mininno Law Office for a free case evaluation. You may also call for a free consultation at (856) 833-0600 in New Jersey, or (215) 567-2380 in Philadelphia.