Josephine Ferhat, an 83 year old Nevada woman, hit a temporary road block in her search for justice. Ferhat’s husband, William, had died in a nursing home due to what Josephine suspects was neglect. Ferhat brought a lawsuit against TLC Long Term Care Center but Judge Jennifer Togliatti, of Clark County, granted summary judgment in favor of TLC. In a large win for Ferhat, the Nevada Supreme Court overturned the district judge and stated that Josephine Ferhat should have been granted more time to gather evidence. Bed sore attorneys say that the plaintiff will now be able to continue her lawsuit against the nursing home.

Nursing Home Neglect May Have Led to Bed Sores, Death 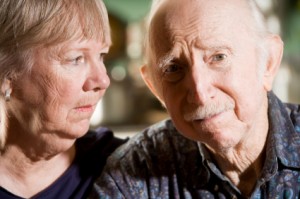 The plaintiff claims that TLC failed to properly monitor and care for her husband while he was under their supervision. According to the complaint, William’s diapers were not changed regularly and often times they would not be removed for extensive periods of time. Even worse, bed sore attorneys say that the complaint alleges that the patient was not regularly rotated in his bed, which lead to extreme bed sores. The bed sores continued to worsen and eventually became seriously infected. In a tragic turn of events, the bed sores led William Ferhat to become septic and later led to his death. The worst part about this tragic story is that bed sores are completely avoidable and treatable. Had the patient been routinely monitored and rotated, it is likely that this pressure would not have built up and the skin would have remained intact. It is essential to monitor those individuals who will remain in certain positions (especially in wheel chairs and hospital beds) for extended periods of time. Bed sores should never result in death as they did in William’s case.

If your loved one has recently suffered from a bed sore, you may have questions regarding your legal rights for bed sore attorneys. In cases where you suspect that neglect or mistreatment played a factor in the development of the bed sore, contact the Mininno Law Office for a free case evaluation. You may also call for a free consultation in New Jersey at (856) 833-0600, or in Philadelphia at (215) 567-2380.