Topiramate, known by its prescription name of Topamax, hit the market as a prescription medication to treat epilepsy and certain types of seizures in September 2006. The drug was approved by the Food and Drug Administration in 2006 and has been a successful medication ranking near the top of the industry. Medical professionals were hopeful that Topamax would be extraordinarily beneficial to many people who suffered from seizures, but it is now apparent that it may lead to birth defects in babies when taken during pregnancy. 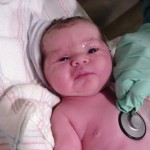 Topamax was prescribed to millions of people who were excited about this “medical break through”. Unbeknownst to those taking the medication, Topamax has been found to increase the occurrence of birth defects in expectant mothers who take it. Five years after its release, in March 2011, the FDA forced Topamax to issue a warning about the correlation between their drug and birth defects. Five years of availability on the market means that countless expectant mothers have taken this pill, hoping to no longer suffer from epilepsy and seizures. The FDA’s website has confirmed that taking Topamax will increase fetal risk of birth defects, such as cleft lip or palate. The severity of this side effect must be taken into consideration when prescribing medication to expecting mothers. If you take Topamax and suspect that you could be pregnant, you should seek a medical professional to receive an expert opinion on the matter. There are alternative medications available that have not shown side effects of birth defects which are far safer to take during pregnancy.

If your child was born with a birth defect and you believe it may be attributed to your use of Topamax during pregnancy, it is likely that you have some questions. Please contact the Mininno Law Office for a free case evaluation, or call for a free consultation at (856) 833-0600 in New Jersey, or (215) 567-2380 in Philadelphia.