An $18.3 million traumatic brain injury verdict was handed to Cathy Liu, of Sacramento, California, 4 years after she was struck by a vehicle, causing her permanent paralysis on her right side. 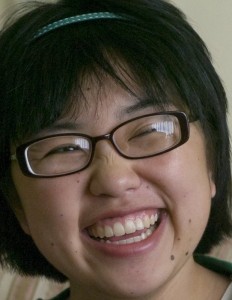 Liu, now 29, was struck in 2007 by 67 year old Douglas Wayne Seybert as he was turning an “S” curve on the Freeport Boulevard in Sacramento. Liu’s traumatic injury case focused on the lack of visibility along the boulevard where she was struck. Liu’s attorney argued that the city was negligent in providing substantial warning to motorists about the crosswalk they are approaching, the same crosswalk where Liu was hit.

Not free of liability was the the driver, Seybert, who admitted he sufferes from vision problems caused by diabetes. However, his liabiliy was limited, as it was determined that he did remove his foot from the gas pedal, and was only moving at 18-20 mph when he struck the woman.

Cathy Liu, a former doctor, currently suffers from aphasia, which has left her with reduced speaking abilities, and permanent paralysis on the right side of her body. The brain injuries she suffered in the accident have surely changed the rest of her life.

Traumatic brain injuries are difficult, costly, and life changing events, that can occur at any time. If you or a loved one have suffered a traumatic brain injury, and you believe it was due to someone else’s negligence, you probably have many questions regarding your legal rights. Contact the Mininno Law Office for a free case evaluation, or call for a free consultation at (856) 833-0600 in New Jersey, or (215) 567-2380 in Philadelphia.