As a New Jersey DePuy hip replacement recall attorney, I am often asked why it would be unfair for DePuy to pay only for out of pocket medical costs and wage loss, and not to pay for other compensatory damages such as pain, suffering and loss of enjoyment. Many believe that the Johnson & Johnson subsidiary did not intentionally design, manufacture, market, and sell a defective hip implant. The argument goes that since the company did not act intentionally, it should not have to pay full compensatory damages. This argument is one that is made in all types of case, not just defective product cases involving medical devices. As a trial lawyer, I hear this argument every day in the courtroom. It’s also something that has been debated by civilization for nearly thousands of years; what should be done when people with excessive money, power, and influence, break the rules of society and end up hurting other people? What should our civil justice system do to make sure that corporations pay for the harm the cause?

In the first legal code, the Code of Hammurabi, the authors were very much concerned about restitution for breaking the rules and hurting someone. That code is similar to the Old Testament code, an eye for an eye, a tooth for a tooth. In fact, some civilizations today still use that code for their civil justice system. 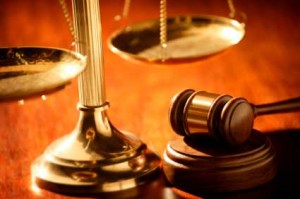 Just last year, an Iranian court sentenced someone to the surgical removal of their eye after their actions caused the loss of another man’s eye. That “eye for an eye” justice system is still very much a part of “civil justice” in some parts of the world.

Here, in the United States, we would never consider that justice. But what are injured parties allowed to ask for here in the United States? What we’re allowed to ask for is that a jury require a corporation like DePuy to pay a fair price on all of the harm that was caused by manufacturing, marketing and selling a defective hip implant. In some instances, it’s easy to figure out what that fair price should be. Wage loss and medical bills, things that DePuy has already “generously” offered, are things that any court or jury would find them liable for. However, what about the other things – intangibles such as pain, suffering and other compensatory damages. Our system of civil justice requires that corporations like DePuy pay for these intangible damages.

If you or a loved one received a defective implant and are now unsure of what to do, contact the Mininno Law Office for a free case evaluation. Our DePuy hip implant recall lawyers want to earn you fair compensation for damages caused by the defective design of DePuy’s ASR XL Acetabular Hip Implant System. You may also call for a free consultation at (856) 833-0600 in New Jersey, or (215) 567-2380 in Philadelphia.

Let the Mininno Law Office team work to earn you the compensation you need and deserve.