As you get older and need to depend more on your loved ones for help, there are a lot of things that you need to watch out for to protect yourself from elder abuse. As elder abuse lawyers, we are trying to provide as much knowledge about this growing problem as we can. No one wants to believe that their adult children would take advantage of or hurt them in any way, but it occurs more often than most people think. Elderly adults with children that live far away are at a higher risk to be abused. When one child is handling the day to day care and the other lives far away, they can be in the dark about how their parent is being treated.

Delusional Man Abuses Father for Calling Him an Obscene Name 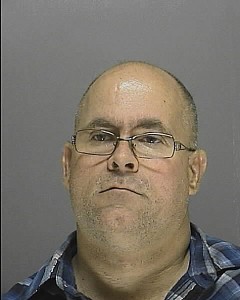 Tracy Gerard Chapman, 46 years old, was arrested on Friday, September 30, 2011 for a charge of elder abuse. He is being accused of abusing his 82 year old father, Jack Chapman, who is partially disabled because of a stroke. According to a report from the Volusia County Sheriff’s Office, Tracy Chapman burned his father on the back of the neck with a lit cigarette because his father was yelling at him to stop insulting his brother Stephen who lives in Kansas and called him an obscene name. The heated altercation occurred on September 26, 2011, but when the brother found out about the abuse on Friday, he called local authorities to check on his father. Jack Chapman told the police that his son has also hit him in the past and recently hit him on the leg a few weeks ago. When examined, no other injuries were found on the elderly man’s body other than the burn.

While being investigated by authorities, along with explaining why he burned his father, Tracy Chapman insisted that he was the son of Elvis. He told the deputy that this “has always caused him trouble in the past.” The deputy said that Chapman “was somewhat delusional [but] otherwise appeared to be in control of his faculties and able to provide oral statements of what had occurred.” Tracy Chapman has been charged with knowingly and willfully abusing an elderly person by intentionally inflicting physical injury.

If your loved one is currently under the care of an individual or they are a resident of a nursing home or care facility and you are worried that the care they are receiving is negligent, abusive, or inadequate you should speak with a professional. Contact the Mininno Law Office for a free case evaluation. You may also call for a free consultation with one of our elder abuse lawyers at (856) 833-0600 in New Jersey, or (215) 567-2380 in Philadelphia.