Caring for an elderly parent is an incredibly difficult task. As elder abuse lawyers, we see far too many cases of abuse and neglect that involve an adult child disregarding the needs of their vulnerable parent. If your mother or father is being cared for by another sibling, it is very important to check up on them just as you would if the parent was in a nursing home or under the care of another aide.

Son Neglects Mother While Telling His Sister She is Fine 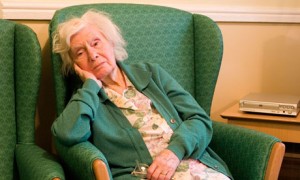 At the end of October the police went to the son of 74-year-old Carol Brown’s home to find her unresponsive and living in deplorable conditions. The paramedics rushed Brown to the hospital but she died several days later. According to the officers who entered the home, they described Brown as “a rotting corpse that was still breathing.” The rescue crews had to pry her from the leather recliner because her legs had become fused to the chair. Court documents also revealed that she was sitting in her own bodily fluids and waste with a swollen ankle wound with maggots inside. According to Brown’s daughter Laura Sanders, the doctors told her “There were sores on her back the size of a man’s fist.”

Sanders told officials that her brother, James Owens, had been caring for their mother for the past two years. “I know he neglected her,” Sanders said. “He had not fed her in a week. He left her in her own waste. How can you do that to your mother?” She said that she did not check on her mother because her brother always insisted that she was fine. She continued by saying “Knowing that she died and it may have been prevented? … I’m so far passed crying. I am just real mad! I’m beyond mad!” Owens has not yet been charged. The police are waiting for the autopsy results before getting prosecutors involved.