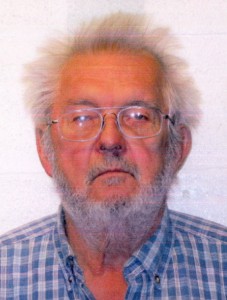 Sick and elderly citizens that depend on others for care are perhaps the most vulnerable of our population. Unfortunately, this populations is too often taken advantage of. Financial elder abuse is a prevalent form of abuse and something that occurs far too regularly. Seventy-eight year-old John H. “Herb” Friedlund has been arrested and faces charges of criminal mistreatment of 106 year old Frances Swan, in addition to first and second-degree theft. Friedlund is the former caretaker for Swan and has had power of attorney over her finances for the past ten years. He was arrested for neglect after Swan was found in her home in what can only be described as deplorable conditions: scattered dog feces, rotting food, firearms and ammunition. They found the elderly woman in a back room where the first words she said were “Please feed me. I haven’t eaten since yesterday.”

Friedlund was released on bail but was arrested again after signs of financial elder abuse were uncovered. According to Stevens County Deputy Prosecutor Lech Radzimski, “The investigation into the criminal mistreatment has revealed that there was financial exploitation and our office will be filing charges as a result of that investigation.”

According to county records, Swan and her late husband, Severt Swan, sold land to Friedlund in 1985. The men became friendly with one another and Friedlund obtained power of attorney over Frances Swan’s finances in 2001. Authorities say that over $800,000 was removed from Swan’s account through a series of wire transfers to different individuals around the country and in Europe. Even though Friedlund had access to her accounts, under law he is bound to use those funds only for her benefit. Abusing the access is considered elder abuse. In addition to wiring the money, he also purchased a tractor, horse trailer, and other items that provided no benefit for Swan. Authorities have not yet decided whether to try the theft and mistreatment charges together or separately. Swan was removed from the home and is doing well at the Buena Vista nursing home in Colville, Washington.

It is very important that you monitor the finances of your elderly loved ones as theft and fraud are not rare forms of elder abuse. If your loved one is currently being taken advantage of financially, or if you believe that, as a resident of a care facility, they are being treated negligently or abusively, contact the Mininno Law Office for a free case evaluation. You may also call for a free consultation at (856) 833-0600 in New Jersey, or (215) 567-2380 in Philadelphia.