Lena May Grove, a 50 year old woman from Wenatchee, Washington, was arrested in April and is facing charges of domestic violence, assault, and reckless endangerment. She has been charged with elder abuse of the couple that she cares for, a couple that legally adopted her last year so she could continue caring for both of them. 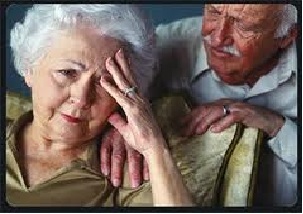 On April 17, Grove called an ambulance to her home because she believed she was overdosing on drugs. While in the home, police found the elderly couple injured and in unsanitary conditions. The 77 year old husband was found in his urine soaked bed with blood and feces smeared on the bed and bed frame. Both victims were taken to the hospital. the husband was taken for facial bruises, broken ribs, and a partially collapsed lung, and his 82 year old wife was taken for a hand and wrist injury which she said she received when Grove pushed her wheelchair across the room and pinned her hand against the wall. The wife also told the police she heard Grove beating her husband on several occasions. The couple is bedridden/confined to wheelchairs, the husband has had part of his leg amputated, and the wife recently had hip surgery. The husband was in the hospital several weeks prior to this when he had to have one of his eyes surgically removed after a TV set fell on him, which his wife believes was an injury from Grove.

According to the wife’s statements to the police, she and her husband adopted Grove a year ago when “Lena got into trouble with the state over being their caregiver and the only way around the problem and still have Lena as their caregiver, was to adopt her.” Grove had been arrested five times for DUI between 1991 and 2007, and because of these past problems with alcohol and drug abuse, she was only allowed to care for one elderly person at a time. The couple chose to adopt Lena so she could continue caring for them. Grove cared for the victims for six years, but according to a friend, she underwent a change in behavior over the past six months. She also had power of attorney over the couple, which included their finances and bank accounts.

Prosecutors filed one count against Grove of second-degree assault, three counts of third-degree assault, two counts of fourth-degree assault and one of reckless endangerment. The highest of those charges carries a sentencing range from three months up to 10 years in prison; the least of them up to one year in jail.

According to neighbors, the elderly couple had not left the house in over a year.

It is very important to screen and do background checks on caregivers before hiring them. It is also important to check up on your loved ones frequently. Unfortunately, the quality of their care outside of your home may still depend on you.