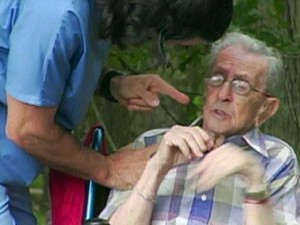 With a growing elderly population, we are seeing an increase in elder abuse. In 2010, there was a total of over 1 million reported cases of some form elder or nursing home abuse or neglect. According to the National Crime Prevention Council (NCPC), every five seconds, an elder is abused. What is worse is the number of elder and nursing home abuse cases in this country tht go unreported. For every reported case, there are five unreported cases. The National Center on Elder Abuse estimates between 1 and 2 million people over 65 are being abused, exploited, neglected or mistreated by someone who is in charge of their care.

Financial abuse: Change in accounts, altered wills and trusts, frequent or unusual bank withdrawals, and checks written to cash or as ‘loans’ or ‘gifts’.

Emotional Abuse: Unexplained and sudden changes in alertness or other unusual behavioral changes and frequent arguments between the elderly person and a caregiver.

If your loved one is currently under the care of an individual or they are a resident of a nursing home or care facility and you are worried that the care they are receiving is negligent, abusive, or inadequate, contact the Mininno Law Office for a free case evaluation. You may also call for a free consultation at (856) 833-0600 in New Jersey, or (215) 567-2380 in Philadelphia.