This medical malpractice post will discuss a report published this week by the British Medical Journal that denounces a 1998 study performed by Dr. Andrew Wakefield. The study, printed by The Lancet, links Autism with the MMR vaccination, and has now been labeled as nothing more than an “elaborate fraud.” 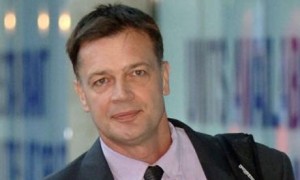 Dr. Andrew Wakefield caused a significant decrease in MMR vaccinations since the publishing of his study in 1998 that claimed that the Measles, Mumps, and Rubella vaccination was, in fact, causing “regressive autism“. Regressive autism is a form of the disorder that starts to develop after a child has displayed no symptoms, and has led, up until that point, a “normal” life.

Investigative reporter from the British Medical Journal, Brian Deer, analyzed for 6 years the results of Wakefield’s “study“, and found that Wakefield deliberately misrepresented facts and lied about the conditions of his subjects. The study was based on 12 children with autistic symptoms after they received the MMR vaccine. The study consistently lies about when symptoms developed, what those symptoms were, how they affected the child, and what they meant for their diagnosis. This blatent falsification of facts has led to a decline in MMR vaccines, and a rise in the contraction of Measles. In England, the Measles virus is now described as an endemic.

While Dr. Wakefield still believes in his study and it’s results, he hasn’t acted on offers to replicate his findings. The BMJ article says:

Instead, although now disgraced and stripped of his clinical and academic credentials, he continues to push his views. Meanwhile the damage to public health continues.

Dr. Andrew Wakefield acted against his purpose as a doctor to heal and protect patients, and instead grossly misreported data to publish a false report. Why? One can only conculde that his motive was personal gain. Why lie about the effects of a sometimes life saving vaccination? Children likely have died after not being vaccinated for measles, mumps, or rubella, and for no reason.
The kind of negligence Dr. Wakefield acted with is irreprehensible. And while he did so outside of the operating or emergency room, other medical providers act with the same negligence inside the operating or emergency room.

If you or a loved one have been injured by medical malpractice or negligence, contact the Mininno Law Office for a free case evaluation or call for a free consultation at (856) 833-0600 in New Jersey, or (215) 567-2380 in Philadelphia.
Let our team earn you the full and fair compensation you need a deserve.