Brian Sinclair passed away after he waited 34 long hours in an emergency room awaiting treatment, and now his relatives have filed a medical malpractice lawsuit. The Province of Manitoba is arguing that the Charter of Rights and Freedoms does not guarantee a right to life, liberty and security, which has been the focus of the medical malpractice attorneys for Sinclair’s family. The province is arguing that the charter “guarantees a right not to be deprived of life, liberty, and security of the person in accordance with the principles of fundamental justice.” The province also argues that the government was not negligent in the man’s death because there was no personal duty to care for him under the Canada Health Act.

Can Canada Look Away while a Man Dies Without Any Obligations? 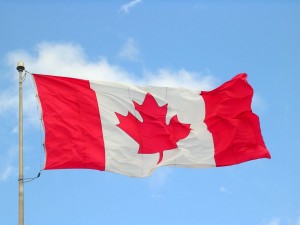 The lawyers for Sinclair’s family found these arguments to be both offensive and perverse. They believe that if the charter were to be read in this way, the rights and freedoms that are guaranteed to all citizens of Canada would slowly deteriorate. Sinclair was a double amputee and he died from a treatable bladder infection in the emergency room at age 45. His medical malpractice attorneys stated “imperiling the safety of the public in such a way that someone as vulnerable as Brian Sinclair arbitrarily would not get any medical treatment or attention as he waited in a Manitoba hospital emergency room for 34 hours, in pain, vomiting, and dying, is not in accordance with any conceivable principle of fundamental justice”. Security tape showed that when Sinclair showed up he spoke to an aide, wheeled himself into a waiting room, and a long 33 hours later he was discovered by an individual who told a security guard it appeared the man was dead.