An Oregon doctor performed a routine operation on the incorrect eye of four year Jesse Matlock. The young child went in for the surgery on his right eye in an attempt to keep it from wandering, but unfortunately, the doctor “lost sense of direction” and began performing surgery on his left eye. Medical malpractice attorneys view this as an inexcusable and avoidable mistake with serious consequences. This negligence has put a young child in a far worse situation than he was in before he entered the operating room. 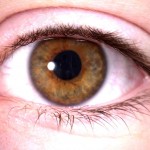 The surgeon who performed the surgery, Dr. Shawn Goodman, said she “didn’t realize I had operated on the wrong eye until I was done operating on the eye”. The child’s mother reports that since the operation, there has been no improvement in the right eye and the left eye, which was unnecessarily operated on, now appears to be wandering also. The doctor did send out a nurse to inform the parents that they would be operating on both of the child’s eyes, but she provided no explanation and did not ask for the parent’s consent before she soon vanished.

Medical malpractice attorneys believe that wrong site operations are so preventable that they are totally intolerable. Medical malpractice attorneys do admit, however, that this type of mistake occurs far more frequently than should ever be the case, calling in to question the diligence and professionalism of some surgeons who make these sorts of mistakes. Having surgery performed on a wrong site, a part of the body that by all accounts is otherwise healthy, will undoubtedly put a patient at risk for further and unnecessary injury and pain.

If you have recently undergone surgery but are still feeling pain and discomfort which you believe may be attributed to medical malpractice, it is possible that you have some questions. Please contact the Mininno Law Office for a free case evaluation, or call for a free consultation at (856) 833-0600 in New Jersey, or (215) 567-2380 in Philadelphia.