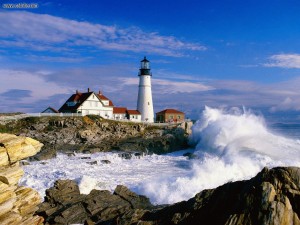 Medical malpractice attorneys believe that a recent decision by the Supreme Court of Maine will now, for the first time, allow patients to bring medical malpractice lawsuits that extend beyond the statute of limitations period. This could have a dramatic impact on cases that involve misdiagnosis or treatment by doctors who continue to see patients over a long period of time. Unlike a botched surgery, where the statute of limitations begins running almost immediately, when a doctor negligently diagnoses and treats a patient over a period of time, the limitations period to bring a lawsuit is now extended.

Phillip Baker was a regular patient of his primary care physician Dr. Merrill Farrand Jr. Baker saw this physician for twenty years and he was regularly screened for a prostate specific antigen known as PSA. These tests can reveal risks and evidence of cancer. Baker’s results were high but it took five years of similar results for Farrand to refer Baker to a urologist. Medical malpractice attorneys say that when Baker went to visit the urologist and had a biopsy completed, it was revealed that he had prostate cancer. The biggest disappointment of this revelation was that the most important period of time to treat this cancer was more than three years in the past. Now, because of the Maine Supreme Court ruling, the “Continuing Negligent Treatment Doctrine” will be used and Baker can assert that there was not a single negligent act, but rather this medical malpractice continued between 2002 and 2006. Baker’s medical malpractice attorneys stated,

“the issue that has always lurked in the background is the situation in which a patient is told to have a test, gets that test and for one reason or another the test is abnormal but the doctor doesn’t act on it…That doctor continues to treat the patient for a period of years, seeing the patient each year, seeing the abnormal test each year but continuing not to act on it.”