Medical malpractice attorneys in the state of North Carolina strongly disagree with the current debates within the state legislature.

Legislators in Raleigh, NC are in search of a manageable way to reform the medical malpractice laws within the state. Medical malpractice attorneys, on the other hand, find this to be extremely detrimental to potential victims of negligence whose sole means to recovery comes through the judicial system.

Damage Should not be Limited when a Jury Finds Liability 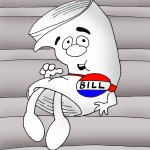 The legal system uses money damages in many different ways. Compensatory damages are generally used to compensate the plaintiff for any harm that the defendant has caused. Punitive damages are used to set an example and punish a defendant for particularly egregious harm. One particular portion of the legislation in North Carolina that has medical malpractice attorneys “up at arms” is the $500,000 cap on non-economic money damages. This means that damages that go beyond mere lost wages and the cost of medical care that were caused by medical negligence would now be limited. This is a debatable position for the legislature to take because many cases involve specific circumstances in which pain, suffering, loss of consortium (spousal loss of companionship and affection), hedonic damages (loss of life’s pleasure), and many other non-economic losses will far eclipse the proposed cap.

It is hard to say that a child who loses a limb or a mother who loses her voice due to medical malpractice should be limited in their recovery. The legislature defends the current debate because of the unpredictable nature of pain and suffering awards which lead to ever increasing malpractice insurance premiums within the healthcare industry. The debate will surely rage on within the states and in Washington, but medical malpractice attorneys hope that an individuals’ right to bring a lawsuit when they have been harmed is not limited by an overbearing legislative decision.

If you have recently undergone medical treatment but something went wrong which you believe is attributable to medical negligence, you probably have some questions. Please contact the Mininno Law Office for a free case evaluation, or call for a free consultation at (856) 833-0600 in New Jersey, or (215) 567-2380 in Philadelphia.
Our team is dedicated to earning full and fair compensation for victims of medical negligence.