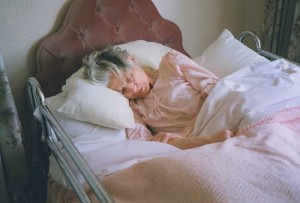 Nursing homes and long-term care facilities have made modifications to prevent accidents and nursing home neglect. Falling is a big problem with the elderly because of their compromised balance and cognitive impairment and falls can have more drastic consequences because of their fragile health. According to the American Academy of Family Physicians, falls are the leading cause of accidental deaths in people 65 years or older, account for 70 percent of accidental deaths in people 75 years of age and older, and 60 percent of nursing home residents fall each year. Many nursing homes have preventative measures in place such as floor mats, bars in the bathrooms and bed rails to prevent falls. However, some of this equipment that is meant to prevent injury can actually be fatal in other ways.

In December of 2004, 75 year old Harry Griph Sr. was found dead in his room at the New Perspective assisted living facility in Brookfield, Wisconsin. His neck was trapped between the mattress and the bed rail, where he became asphyxiated. Although cases like this are happening all over the country, bed rails are still being used in many nursing homes.

According to geriatrician and bioethicist Steven Miles of the University of Minnesota, “Rails decrease your risk of falling by 10 to 15 percent, but they increase the risk of injury by about 20 percent because they change the geometry of the fall.” When patients climb over the rails they fall from higher levels and are more likely to hit their heads. Another danger of the bedrails is getting stuck within the rails or between the rail and the mattress. According to Dr. Miles,

“A person will roll into the slot next to the rail, and the mattress slides to the opposite side. That doubles the size of the gap. The patient drops into the gap, the mattress presses against his chest and he can’t breathe.”

The patient can then die from asphyxiation within minutes.

Although bed rails are meant to prevent nursing home neglect, they are in fact doing more harm than good. In 2006, the F.D.A. issued guidelines for the use of bed rails in nursing homes and long-term care facilities, and since then, their use is decreasing. However, about 10 percent of nursing home residents occupy a bed with bed rails and with the number of elderly entering nursing homes rising, there are many at risk. The only way to solve the problem is to enforce manufacturing standards that prevent the potential of becoming trapped between the mattress and the rail.

If your loved one has been seriously injured as a result of bed rails, or you fear that the care they are receiving may be considered negligent or abusive, you probably have a lot of questions and concerns. Contact the Mininno Law Office for a free case evaluation. You may also call for a free consultation at (856) 833-0600 in New Jersey, or (215) 567-2380 in Philadelphia.