Ruth Farrell was a forty one year old librarian from Connecticut who had checked in to a non-profit institution in New Canaan, CT. One week following her arrival, in January 2002, Farrell hanged herself in the Silver Hill Hospital. The hospital has become known for its celebrity clientele, but the estate of the decedent is questioning whether the hospital and her doctor were negligent. Medical malpractice attorneys say that when a physician fails to appreciate the high level of risk of suicide and to plan their treatment accordingly, this negligence is just as significant as more commonly seen cases.

Newspaper Article may have led jurors to unfair prejudice 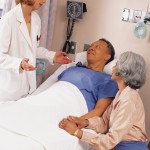 The lawsuit, filed by the estate of Ms. Farrell, charged the hospital and Dr. Shander with negligence, but a Superior Court jury found that neither was liable for any form of malpractice. Nearly three years later, the appellate court put a halt on the lower court’s ruling because the trial judge should have asked potential jurors if they had read a New York Times Article before the trial began. The article could have potentially swayed the emotions and prejudices of the jurors which could have led to an unfair influence on the verdict.

The article keyed in on David Kervick, who met Farrell when they were both patients, but had since become set to inherit half of Ms. Farrell’s estate (valued at approximately $500,000). The article made some assertions that Kervick strongly denies but which clearly would have been so inflammatory that they would have made it difficult for the jurors to act as impartial fact finders. Whether or not the article did have an unfair influence on the original trial still leaves open the debate of whether the physician and hospital acted in a negligent manner. The only hope is that Ms. Farrell had been treated properly for her extreme situation and that her life did not come to a premature end due to medical malpractice.

If you or a family member have recently undergone medical treatment but have not been satisfied with the results which you believe may be attributed to negligence, you may want to speak with our professionals. Please contact the Mininno Law Office for a free case evaluation, or call for a free consultation at (856) 833-0600 in New Jersey, or (215) 567-2380 in Philadelphia.