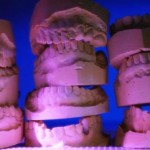 Linda Johnson saw Dr. Ernest N. Pennington in January 2008 for impressions of her mouth that were being used as preparation for a bridge that she was having placed. According to the complaint that was filed by her medical malpractice lawyer , Christopher J. Heavens, on June 25, 2010 in Kanawha Circuit Court, West Virginia, the material that was used to make the molds caused an infection in her gums. The infection led to the bridge fitting improperly, roots being exposed and severe pain. The complications caused Mrs. Johnson to have teeth removed and several other painful and expensive procedures. She is suing Charleston Dental Associates and Dr. Pennington for the poor care. Mrs. Johnson started seeing Dr. Richard Smith on February 19, 2009 to correct the complications from Dr. Pennington. Before seeing Dr. Smith, she believed that the problems were unavoidable, but he explained to her that the treatment “may have constituted medical malpractice.”

Unlike other forms of medical malpractice, complications from dental procedures are often accepted by the patients as unpreventable. This is not always the case. Often, errors made by doctors or nurses create serious complications that can lead to painful and drawn out recoveries. Dental medical malpractice should be taken seriously and considered a violation of the standard of care that is expected from all medical professionals.

If you or a family member has recently suffered severe dental complications or has been the victim of medical negligence, and you would like to speak to someone about your legal options please contact the Mininno Law Office for a free case evaluation. You may also call for a free consultation at (856) 833-0600 in New Jersey, or (215) 567-2380 in Philadelphia.