Four year old Rebecca Riley died in 2007 from an overdose of psychiatric drugs prescribed by her psychiatrist. Her parents are in jail for her murder. The medical malpractice claim her estate filed settled for $2.5 million, and the money will be dispursed among her siblings. What happened to young Rebecca Riley?

ADHD and Bi-Polar Disorder in a Four Year Old?

Rebecca Riley was seeing Dr. Kayoko Kifuji of Tufts Medical Center in Boston, Massachusetts to be treated for Attention Defecit Hyperactivity Disorder, as well as Bi-Polar Disorder, at age four. Her siblings, 11 and 6, were being seen by the same doctor and being treated for the same diseases. While ADHD is a common diagnosis in rambunxious children, Bi-Polar Disorder is uncommonly diagnosed before the age of 25. A red flag should have gone up immediately when 3 children in the same family under the age of 15 were being treated with serious mood altering drugs for illnesses they very well may not have had. 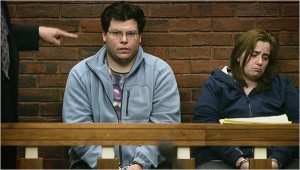 During litigation, Dr. Kifuji testified (in return for immunity from prosecution) that she had been fooled by the children’s parents, Carolyn and Michael Riley, who lied about symptoms and mental conditions in order to collect federal disability checks for their offsprings’ alleged behavioral and mental disorders. Many questioned why, after indications that the Rileys could be harming their children, Dr. Kifuji didn’t do more to protect the youngsters.

Carolyn and Michael Riley were tried and convicted last year in seperate trials for murdering their daughter by way off reckless dispensing of prescription drugs.

Lawyers for Rebecca’s estate decided to settle for Kifuji’s insurance company’s max of $2.5 million to spare the surviving Riley children the drawn out and painful process of a trial. The money will be split up amongst the two children, who have lost their sister, and whose parents are now in jail. Part of the settlement also required Tufts to set up educational and outreach programs for families with children suffering from mental illnesses.

It’s hard to say who was more negligent regarding the death of young Rebecca Riley. While her parents certainly acted with extreme depravity, Dr. Kufuji, equipped with years of medical education and training, should have been able to spot lies and correctly diagnose the Riley children. Had she acted more pro-actively, perhaps this horrible tragedy never would have taken place.

If you or a loved one have been affected by the actions of a negligent doctor or medical provider, contact the Mininno Law Office for a free case evaluation. You may also call for a free consultation at (856) 833-0600 in New Jersey, or (215) 567-2380 in Philadelphia. Don’t let careless medicine go unpunished.

The Mininno Law Office team can earn you the compensation you need and deserve.

2 thoughts on “Medical Malpractice Suit Settles for $2.5 Million in Boston”