Mr. and Mrs. Cull lost their daughter to medical malpractice during a routine surgery and spent the last two years trying to find out why, still unsure if they actually know what happened in the operating room that fateful day. 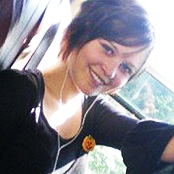 Olivia Cull underwent surgery as a baby that left one side of her heart smaller than the other. She lived her life this way, until she was a senior in high school. Doctors wanted to install a catheter in her heart to prep for the final surgery that would correct the small side of her heart. She was nervous, but her mother reassured her that the catheterization procedure would only take a few hours, and that she had done it many times before. Doctors told the Culls Olivia would be home before dinner.

A few hours later, a cardiologist entered the waiting room with bad news. An error that occurred in the cathederization lab caused Olivia do be deprived of oxygen for 40 seconds. Mrs. Cull assured herself that everything would be fine. After all, kids can hold their breath for that long in the pool. Mrs. Cull entered the room where Olivia lay on the table. In her mouth was a breathing tube. She also noticed a pool of blood on the floor.

Eight days later, they had Olivia removed from the ventilator. Her heart went on beating for three days. An internal breathing tube was removed on the third day, and Olivia died. An autopsy revealed that she suffered from brain damage that occured after a heart attack the hospital attributed to Olivia’s heart defect, but that didn’t seem right. The Culls wanted answers. They reviewed the hospital’s medical records, after jumping through hoops to get them, but determined that the only way to truly discover what happened to their daughter was to sue.

The Culls searched for attorneys to take the case, but had a terrible time finding one. Medical malpractice caps in California made it extremely difficult for lawyers to see merit in their claim. They finally found an attorney, Jin Lew, to take the case pro bono.

Lew found the medical records to be incomplete, and subpoenaed the rest of the the records. Hundreds of additional pages were sent that revealed that Olivia was treated by two unqualified individuals; a postdoctorate fellow who removed a catheder without doctor supervision, and a second fellow that was not cleared to treat patients. The Culls had never been alerted that these were the people who would be treating their daughter.

The Culls were urged to accept a settlement agreement for $250,000, since that was the amount of the liability cap for medical malpractice claims in the state. However, Mrs. Cull believes that the threat of a larger settlement would have forced the hospital to reveal what really happened that day in the cathederization lab.

The Culls lost their daughter to negligence and poor judgement. You young woman had loads of potential, having been a model student who also excelled at violin and fine arts. Her death was a loss not only for her family, but for all those that knew and associated with her. Capping the liability of those that carelessly treat patients is an extremely detrimental practice for our medical system. Medical providers must be held 100% liable for their mistakes.