In Washington state, a man lost a limb due to nursing home abuse and negligence. 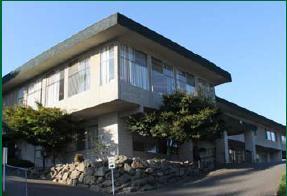 Patrick Carson is a schizophrenic who has spent most of his life in care facilities and rehab institutions. He was in his sixties when he entered the Burien Nursing and Rehabilitation Center in King County, Washington, and reports from the home show he also suffers from dimentia and heart disease. In October, 2009, Carson fell out of his bed and landed near a baseboard heater positioned dangerously close to his bed. His left leg landed directly on the heater. He laid there long enough to sustain third degree burns to much of the left leg and right foot. The injuries were so bad that the left leg had to be amputated.

Yes, the incident could be regarded as simply an unfortunate accident, but not considering Carson’s history as a patient at Burien. The complaint filed against the home states that an alarm was supposed to be attached to Carson’s body that would sound should he fall out of bed. The home maintains that the alarm was present, but was crushed in the fall and therefore did not sound. Carson’s attorney questions the presence of an alarm at all, claiming that an alarm was prescribed after the fall and the burns took place.

The home also claims that due to peripheral neuropathy and a supplement for neuropathy called Nerve Renew, Carson did not feel pain and therefore did not scream after the fall, explaining the delayed response. But Carson’s guardian, Loralee McDonnell-Williams, will testify that he had total sensation in his knee when stitches were being removed, meaning he could indeed feel pain. A state investigator also stated that Carson communicated pain during a wound check.

Patrick Carson lost a limb to negligent and inadequate care at a home his family entrusted with his life. Everyday, nursing homes and long term care facilities fall short on their promises to effectively care for the people that reside there.
If your loved one has been harmed by a negligent or abusive nursing home, contact the Mininno Law Office for a free case evaluation or call for a free consultation at (856) 833-0600 in New Jersey, or (215) 567-2380 in Philadelphia. Let the Mininno Law Office team earn you the full and fair compensation you need and deserve.