As a result of medical malpractice, a Lackawanna County, PA jury awarded a Dunmore woman $1.88 million for the cancer misdiagnosis that led to the death of her husband, 60 year old Terrence Golden.

Christine Golden, wife of Terrence Golden, sued Milan J. Smolko, a urologist, Lillian Longendorfer, a pathologist, and Wayne Memorial Hospital, for failure to diagnose her husband’s bladder cancer for over a year. 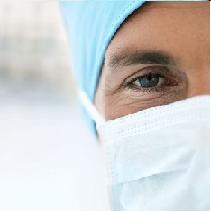 Longendorfer and the hospital reached a private and confidential settlement with Mrs. Golden before the trial. Dr. Smolko and his attorney are appealing the $1.88 million jury verdict.

Smolko saw Mr. Golden multiple times between September ’02 and June ’04. Mr. Golden was complaining of urinary problems, and Smolko diagnosed him with an enlarged prostate gland. In 2003, Smolko ordered a bladder biopsy and sent the results to Longendorfer at Wayne Memorial. She too failed to diagnose the cancer.

In 2004, Golden’s cancer was diagnosed by a different doctor, but the damage done at that point led to the removal of Golden’s prostate, bladder, and portions of his urethra. Sixty-year old Terrance Golden died in January, 2008, after doctors told him there was no longer anything they could do to treat his cancer.

Had Mr. Golden’s cancer been properly diagnosed in it’s early stages, there is a good chance he’d be alive today. Mr. Golden and his wife endured much pain in the time he spent suffering from cancer. Additionally, Mrs. Golden has now the lost not only the companionship of her husband, but all that he provided for her as well.

Mrs. Golden’s attorney, James E. Foerstner, commented on the outcome of the case:

Her husband was vindicated, but it doesn’t bring him back.

If you or a loved one have suffered due to the medical negligence of a physician, specialist, or hospital, contact the Mininno Law Office for a free case evaluation. The experienced and skilled medical malpractice attorneys at the Mininno Law Office are prepared to handle your case and earn you the full and fair compensation you deserve.
You may also call for a free consultation at (856) 833-0600 in New Jersey, or (215) 567-2380 in Philadelphia.