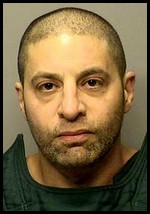 Mark Weinberger, also known as the “nose doctor,” was an otolaryngologist in Meriville, Indiana.
On the outside, his practice was very attractive, posh and glamorous, but also modern and convenient. In reality, while Weinberger promised modern medicine and charged modern prices, he was performing outdated and somewhat ineffective procedures. He regularly made surgical mistakes, and, as some of his patients claim, missed cancer diagnoses.

He disappeared for almost five years while fraud charges and medical malpractice and negligence claims mounted against him. He was on vacation with his wife in the Greek Isles, and was declared missing when his wife woke up one morning to find him gone. The Dr. was found 5 years later living in a tent on a mountain in Northern Italy.

Now, Mark Weinberger is looking for a plea bargain with the court regarding the 22 counts of insurance fraud he has against him. His side of the bargain would include four years in prison and $366,000 to patients who either overpaid for procedures they did receive, or paid for procedures they didn’t receive at all. If Weinberger is convicted, he could face up to ten years in jail and $5.5 million in restitution.

Victims of Weinberger’s deceptions and greed are hopeful that they will be able to receive the compensation they deserve. Most of them feel that while he definitely deserves jail time, 4 years isn’t long enough.
For Peggy Hood, no amount of time can be long enough. Peggy lost her sister, a patient of Dr. Weinberger, to throat cancer, after the doctor failed to diagnose it. Peggy just hopes for closure for her family, and for the doctor to be held accountable for what he did.

The medical malpractice attorneys at the Mininno Law Office are experienced in handling some of the toughest cases. Doctors and hospitals that act negligently should be held accountable for their acts, and our team is poised to make sure that happens.
If you or a loved one have suffered due to medical malpractice, contact the Mininno Law Office for a free case evaluation or call for a free consultation at (856) 833-0600 in New Jersey, or (215) 567-2382 in Philadelphia. Let us fight for you, and earn you the recoveries you are due.