Today we continue our posts exposing some of the more below average nursing homes in New Jersey. As nursing home abuse lawyers, it is important that we are aware of such nursing homes and, as expert attorneys in this field, should expose long term patient centers with high numbers of deficiencies.
According to Medicare’s Nursing Home Compare system, a Medicare website feature that you can use to compare nursing homes across the United States, the average New Jersey nursing home will be cited with approximately 12 deficiencies in a 2 year period of inspections. The nursing home we will discuss today, Oceanview Center for Rehabilitation, was cited with 21 deficiencies in 2 years of routine inspections. It is a for profit center with 120 long term care beds located in Cape May County. 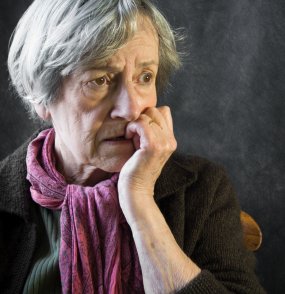 This for-profit, corporately owned nursing home was cited for a variety of deficiencies from November 2008 through October 2010. The citations were in a wide variety of categories including, among others, nutrition/dietary needs, living environment, and pharmaceutical responsibilities. For example, it indicated that some residents were affected by the fact that the pharmacy made medication errors of more than 5%. These errors are defined as administering the wrong drugs, administering the wrong doses, or administering drugs ate the wrong times. Medication errors can lead to many serious health issues.

Oceanview was also cited for housekeeping an maintenance issues that affected many of the patients. The facility was even cited for issues regarding patient dignity and respect. Oceanview Center for Rehab was given twice as many citations as the average nursing home in New Jersey and, in fact, was only rated with one out of five stars in the Medicare report. This rating is considered to be significantly below average. This rating should make prospective residents a bit weary of the care they would receive while residing at this facility.

If your loved on is a resident at a nursing home or long term care facility, and you believe that the care they are receiving is poor, negligent, or abusive, contact the Mininno Law Office for free case evaluation, or call for a free consultation at (856) 833-0600 in New Jersey, or (215) 567-2380 in Philadelphia.