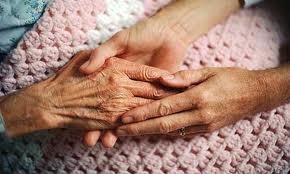 A jury in Georgia recently awarded $2million to Elizabeth Costlow for the wrongful death of her 82 year old mother, Ruby Mae Tyle. Tyler was a patient at the Rockmart Nursing and Rehabilitation Center for a little over 3 months when she passed away. Costlow contended that her mother died due to nursing home neglect. The jury found that the Subacute Services, Inc., based in Florida, was liable and awarded the large verdict in the 2008 death of Tyler. In the short time Tyler was a patient at the nursing home, the neglect in her care lead to the development of bed sores (pressure ulcers). The lawsuit claimed that the nursing home’s negligence led to these bed sores which, in turn, contributed to Tyler’s death.

Elderly Patients Deserve to Live and Die With Dignity

The Defense made a depraved argument that Tyler was sick with numerous illnesses and that she was going to die anyway. The plaintiff’s attorney argued that it wasn’t about whether Tyler was sick or going to die at some point, but that it was about being allowed to “die with dignity.” He argued that the pressure ulcers or bed sores were rooted in neglect at the nursing home and that these directly caused the patient’s death. Just because someone is at their last stages of their life doesn’t mean they shouldn’t be able to die with dignity!

If you believe your loved one has been abused or neglected in a nursing home, get in touch with our professional nursing home neglect attorneys. We are dedicated to ensuring that all people have the right to live and die with dignity. Contact the Mininno Law Office for a free case evaluation. You may also call for a free consultation at (856) 833-1896 in New Jersey, and (215) 567-2380 in Philadelphia.