The Minnesota Department of Health has recently announced that a citation for nursing home neglect has been issued following the actions of employees at Lutheran Care Center in Little Falls, Minnesota. A female resident fell out of her wheelchair on multiple occasions in addition to falling out of a mechanical lift. The woman sustained injuries to her head, which she hit on two occasions during these three separate falls. This is surprisingly common across the country and it is essential that the proper authorities are made aware of these situations before it is too late. 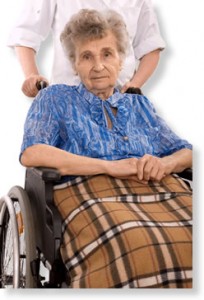 The woman’s troubles began in early June, 2010. On June 8th, the resident fell two times causing significant injuries. First, she fell directly out of her wheelchair, causing her to knock her head against the ground. The woman sustained injuries just above her right eye. Later that same day, the resident fell once again out of her chair onto the floor of a lounge area at the care center. Employees should have been aware of the potential for falls because this woman suffered from advanced dementia and this should have been apparent to her caretakers. Less than one month later, on July 5th, an employee did not know how to use a Divided-leg Sling which was attached to a mechanical lift. This lack of understanding led to yet another fall. This led to the development of a significant sized bump on the back of her head. An investigator for the state was able to substantiate these claims of nursing home neglect when he visited the Lutheran Care Center in September of 2010. Nursing home neglect is a growing problem across the map and it is crucial that these problems be reported as soon as possible in an effort to sustain the health of patients and residents everywhere.

If you believe that a loved one, residing in a nursing home or long term care facility, is receiving negligent, abusive, or inadequate care, it is possible that you have some questions regarding nursing home neglect. Please contact the Mininno Law Office for a free case evaluation. You may also call for a free consultation at (856) 833-0600 in New Jersey, or (215) 567-2380 in Philadelphia.