The Obama Administration has given money grants to states as part of its health-care plan in order to launch a variety of projects in an effort to limit the rising costs and expenses of lengthy medical malpractice litigation. New York has taken those federal funds and run with them, creating a new approach known as “judge-directed negotiations“. Medical malpractice attorneys will now have the ability to sit down with opposing counsel and the judge much earlier in the litigation process in an effort to discuss potential settlements. This is a major step forward because now lawyers will be able to meet and discuss potential agreements months after a complaint is filed, as opposed to years later as the current system operates. 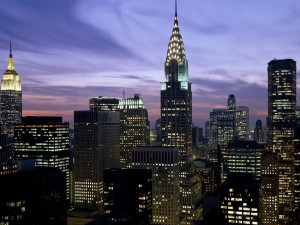 With both parties meeting with an honest and neutral party, the judge, it is easier to get a true hold on how the parties can meet in the middle, at a fair amount of damages. We believe this process will probably result in somewhat smaller awards for plaintiffs but it will be paid far earlier than waiting for a verdict. Trials can drag on for years and years, this process should allow the parties to reach an agreement after only months. This will allow plaintiffs to get money much sooner, which in many cases is necessary as bills begin to stack up. Michelle M. Mello, a Harvard professor, said that “ordinarily when the parties come to a settlement conference, it’s late in the game.” This will no longer be the case with the success of judge-directed negotiations. The approach has been limited to New York City courts thus far but it is expected to spread rapidly due to its apparent success.

How the Program Works

If you or a family member has recently been the victim of medical negligence, it is possible that you would like to speak with one of our professionals. Please contact the Mininno Law Office for a free case evaluation, or call for a free consultation at (856) 833-0600 in New Jersey, or (215) 567-2380 in Philadelphia.