As lawyers practicing in the field of nursing home abuse in New Jersey and Philadelphia, we find it imperative to highlight the nursing homes in the area that are performing at a below average level. It is important to be aware of such below average nursing homes, as they are likely to be homes to nursing home abuse. Today we will discuss a nursing home in Gloucester County that has been rated only 1 out of 5 possible stars in its overall rating according to the Medicare Nursing Home Compare. This site rates nursing homes across the country and a one star rating is considered to be WELL Below Average. 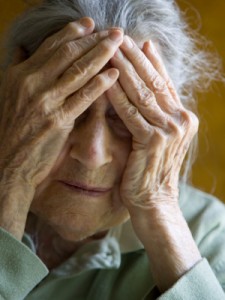 This Gloucester County nursing home, named Gloucester Manor Health Care Center, located in Sewell, New Jersey is a for profit partnership owned nursing home. It participates in both Medicare and Medicaid and has 139 long term beds at its disposal. During three routine inspections between December 2008 and November 2010, the Gloucester Manor Health Care Center was cited for an outrageous 56 separate deficiencies. Among the numerous deficiencies, the Manor Center was cited for the improper treatment to prevent bed (pressure) sores or to help heal those bed sores properly. In fact, actual harm for a few patients was found in this category. It was also determined that they failed to staff enough nurses to care for every resident in a way that maximizes the resident’s well being. Actual harm for a few was noted in this category as well.

Gloucester Manor was cited for a variety of other deficiencies including failure to be free from dangers causing accidents, failing to provide proper meal times, failing to hire only people with no legal history of abuse or neglect and/or reporting such abuse or neglect, and failing to give residents enough fluids to prevent dehydration. Gloucester Manor was also visited 9 times for complaint inspections and cited an additional 7 times during these inspections. Many of the previously mentioned deficiencies, such as nursing staff, bed sores, and hazardous conditions, were included in these citations. It is appalling that a for profit nursing home that is supposed to be caring for its patients should show such disregard for their welfare leading to what could be considered nursing home abuse.