Nursing home abuse lawyers try their best to advocate for the elderly victims of abuse and neglect, the victims who often can no longer defend themselves against these predators.

Amanda Tibble, 36, who used to work as a certified nursing assistant at the John M. Reed Nursing Home in Limestone, Tennessee has been sentenced to 15 months in jail. Tibble was fired from the home when allegations of physical, emotional, and verbal abuse from January 2010 surfaced. She has since plead guilty to four counts of willful abuse or neglect and admitted to mentally abusing two patients. She has also been accused of twisting a male patient’s hand and bending back the hand of another patient. Tibble admitted to having an anger management problem and recently said “I do apologize for my actions and I do, you know, hate that it caused the mental anguish on her that it did.”

Judge and Victim’s Family Do Not Believe Apology

The family of Anza Hall, one of Tibble’s victims, said “We’ve waited well over a year and a half to get justice served.” The 90-year-old paralyzed stroke victim would tell her family “Don’t make them mad, don’t make them mad. They’ll be mean, they’ll be mean.” Because of the non-believable testimony from Tibble and the testimony of Hall’s daughter and granddaughter, Marcella Hall and Carla Anderson, Judge Robert Cupp gave Tibble the maximum sentence. Hall and Anderson said they didn’t believe Tibble felt any remorse for the incidents.

A case of nursing home neglect will not be settled through a plea bargain and will require the parties to go through a trial. Amanda Tibble, a former nursing assistant at John. M. Reed Nursing Home, is charged with five counts of willful abuse, neglect, and exploitation of an adult. It is argued that the Tennessee woman both verbally and physically assaulted patients at her former place of employment. Despite agreeing to plead guilty to four of the counts, the trial will still go on in late August. 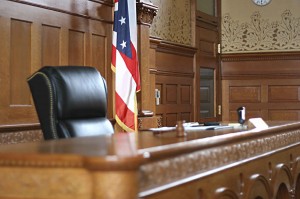 In return for reduced jail time, Tibble originally accepted a plea bargain. Following the entry of the plea, the woman would not confess to the exact details of what she was guilty of before Judge Robert Cupp. Since the nursing assistant refused to take responsibility, the judge denied the plea bargain and the case will need to be settled in court.

The victim’s family members were clearly outraged by these developments and disappointed that the legal process would not be coming to an end. The ninety year old victim, Anza Hall, was allegedly screamed at by the accused, who used inappropriate language. Tibble was arrested by the Washington County Sheriff’s Office in 2010 due to various actions such as cursing at patients and twisting a seventy-five year old patient’s arm behind his back. Hall’s granddaughter, Carla Anderson was quoted as saying:

If you believe that a loved one, residing in a nursing home or long term care facility, is receiving negligent, abusive, or inadequate care, it is possible that you have some questions regarding nursing home neglect. Please contact the Mininno Law Office for a free case evaluation. You may also call for a free consultation at (856) 833-0600 in New Jersey, or (215) 567-2380 in Philadelphia.