The Jersey Journal reported yesterday on a birth injury settlement that took place in Bayonne, New Jersey. The settlement was for $8.5 million dollars and went to the Ordonez family, after negligence caused their son to be born with brain damage, and therefore suffer permanent disabilities. 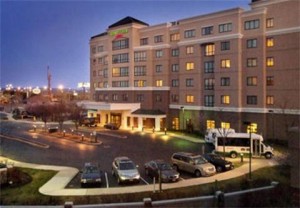 According to Francis Dorrity, the Ordonez’s attorney, Emily was admitted to the Bayonne Medical Center at 1:30 am on August 15, 2005 with the beginning pains of labor. All tests showed a healthy baby. But at 9:32am, the machine monitoring the baby’s heart rate showed a rapid drop from 140 beats per minute to a dangerous 60 beats per minute.

Hospital phone records show that the the delivery room nurse waited nearly a half an hour before she called the attending obstetrician to alert him of the complication. The obstetrician arrived from Staten Island 22 minutes later and waited until 10:55am to perform the 4 minute emergency C-Section.

The babies heart rate fell because of umbilical cord compression, which caused the fetus to be denied adequate oxygen. José Ordonez, now 5, was born with permanent brain damage, leaving him blind, unable to walk or hold his head up, and prone to seizures. José feeds through a straw and will require round-the-clock care for the remainder of his life.

The settlement will provide $6 million dollars to José to pay for his life-long medical care, and $2.5 million will go to his parents for pain and suffering.

José now attends the Concordia Learning Center, and Dorrity says the staff there has helped him tremendously.

“Through their efforts and teaching at Concordia Learning Center this child has seen improvement in the way of cognition and recognition. He responds to voice and touching in ways he didn’t before.”

If your child was injured at birth and you now have questions regarding your legal rights, contact the Mininno Law Office for a free case evaluation. You may also call at (856) 833-0600 in New Jersey, or (215) 567-2380 in Philadelphia. Let the medical malpractice and birth injury attorneys answer any questions you may have.